A Course in Miracles, often abbreviated as “ACIM” or simply referred to as “the Course,” is a volume of written materials arranged as a study course. It is designed to bring the student into a consistent state of peace and happiness.

A Course in Miracles, often abbreviated as “ACIM” or simply referred to as “the Course,” is a volume of written materials arranged as a study course designed to bring the student into a consistent state of peace and happiness.

A Course in Miracles—How It Came 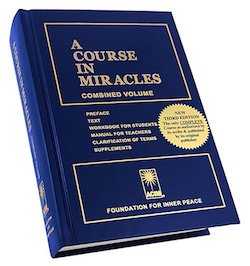 ACIM was initially scribed and edited during the years of 1965–1972 by two professors of medical psychology at Columbia University: Helen Schucman and Bill Thetford. With the aid of Ken Wapnick, Robert Skutch, Judith Skutch-Whitson, and philanthropist Reed Erickson, the Course was published on June 26, 1976. It has gone on to sell over 3 million copies in 25+ languages.

From ACIM’s Preface: “A Course in Miracles began with the sudden decision of two people to join in a common goal. Their names were Helen Schucman and William Thetford, Professors of Medical Psychology at Columbia University’s College of Physicians and Surgeons in New York City. It does not matter who they were, except that the story shows that with God all things are possible. They were anything but spiritual. Their relationship with each other was difficult and often strained, and they were concerned with personal and professional acceptance and status. In general, they had considerable investment in the values of the world. Their lives were hardly in accord with anything that the Course advocates.

… Although their intention was serious, they had great difficulty in starting out on their joint venture. But they had given the Holy Spirit the ‘little willingness’ that, as the Course itself was to emphasize again and again, is sufficient to enable Him to use any situation for His purposes and provide it with His power.”

Watch this great video in which David Hoffmeister answers the question “What is A Course in Miracles?”

A Course in Miracles—An Overview

A Course in Miracles is a symbol, appearing in awareness to the mind that believes in symbols and has called for healing. Therefore, it provides a clear and practical approach to coming into an experience that goes far beyond concepts. The Course is comprised of three books and two pamphlets (Supplements):

The ACIM Text
622 pages laying out the concepts upon which the Course is based.

The ACIM Workbook
365 lessons presented in a practical format, encouraging the student to simply apply the ideas to the best of his/her ability without making exceptions.

The ACIM Manual for Teachers

Consists of a glossary-style “Clarification of Terms”. It also consists of a series of questions and answers intended to help deepen the understanding of the concepts learned in the Text and Workbook.

Psychotherapy: Purpose, Process and Practice and The Song of Prayer: Prayer, Forgiveness, Healing provide further application of the Course’s teachings. Specifically they do that in relation to the field of psychotherapy and the modality of prayer.

Read and Search A Course in Miracles Online! 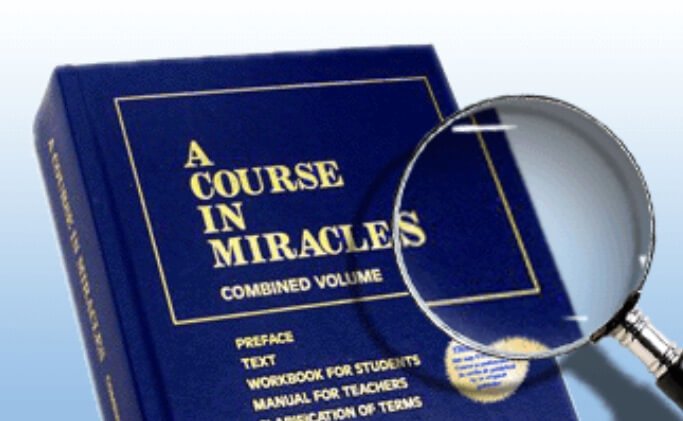 The best place to read and search A Course in Miracles online:
acourseinmiraclesnow.com